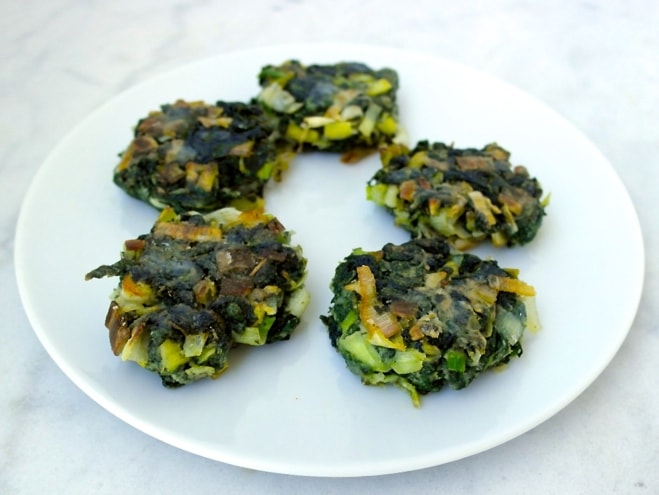 I’m back from an exciting event the Mediterranean Diet Roundtable, where I had the honor to speak about the Mediterranean Diet, its portrayal in the U.S. and show how easy it is to follow it. The event was basically a first discussion on how the Mediterranean diet can be applied in a variety of settings from hospitals to schools. I’ll be writing about that later, but for now I would like to share this recipe I “discovered” during my stay in New York. I had dinner at a restaurant near my hotel that just happened to be Mediterranean with a strong Greek influence. I noticed on the menu spinach fritters, which I ordered and were great. However, I had never really come across this type of fritter in Greece. Although  I  am not sure if this was a traditional Greek dish, Greek cuisine has a variety of vegetable based fritters, and so these make complete sense and are in line with a Greek-Mediterranean diet. After searching and experimenting, here is a great vegan recipe for spinach fritters-spanakokefthethes. I chose to make them vegan (or nistisimo in Greek) because I really wanted the taste of the greens to come through and I thought that feta would make them taste more like spanakopita filling-which is great-but I was looking for a different taste profile here.

So here is another great example of a Greek dish that is almost 100% vegetables. The spinach is combined with leeks, spring onion and a variety of herbs and lightly fried in olive oil. And you can use other greens to make this as well. Fresh spinach works best. And I flatten the patties so they are thin and therefore I do not use as much olive oil. I lightly pan fry them on both sides. And while you do not need to fully cook these as there is no meat in them, you do want to make sure the spinach has cooked somewhat, otherwise it will be stringy.

So you have a dish rich in beta-carotene, the antioxidants lutein and zeaxanthin, folic acid and fiber. These are ordered as an appetizer, but here at home we ate them with yogurt for a dip and it was a filling and tasty meal. I’ll be making these often.

1. Heat the spinach in a pot until it wilts. Strain well.

2. Mix spinach, leeks, onions, dill, parsley and dill in a bowl along with salt, pepper and corn flour. Knead with your hands so that all ingredients are blended well.

4. Form into flat patties that should have a thickness of about ½ inch, flour both sides.

5. Heat the olive oil at medium heat and gently fry for about 3 minutes on each side.

6. Remove and place on paper towels, to soak up any oil. 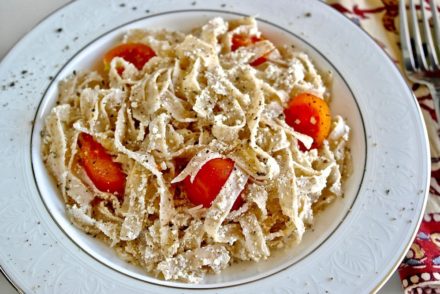 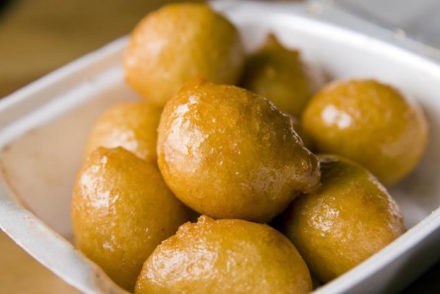