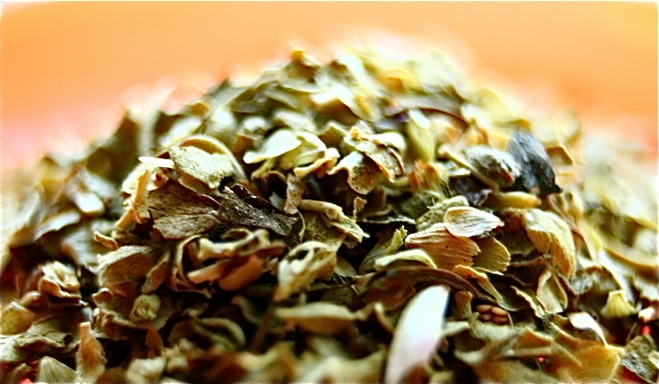 Oregano sometimes called a spice (even though it’s a herb) is an important part of the Greek diet. Most people know it as an ingredient in pizza or associate it only with Italian food but Greeks use plenty of the stuff. In fact, they even have a specific method of cooking called ladorigani, which translates into oil-oregano. Even the word oregano has its origins in the Greek language (but of course), from the words oros, which means mountain, and ganos, which means happiness.

What does research say?

A study presented yesterday at the Experimental Biology 2012 annual gathering showed that carvacrol, a constituent of oregano can induce death of prostate cancer cells, and could potentially be used to treat prostate cancer. This finding elevates oregano to the level of a super-herb or as researchers call it super-spice.

How do Greeks use oregano?

Large jars of dry oregano (which has more antioxidants than fresh) can be found in every Greek kitchen… Greeks use it on their salads; always in the horiatiki salad as well as lettuce salads. It is sprinkled on feta cheese and also on toasted bread with a bit of olive oil.

It is present on every type of meat and especially on fish. It is also added on potatoes and beans. When you cook something ladorigani style, that means that you basically cook meat, fish, legumes or potatoes with olive oil and plenty of oregano.

Greeks also use oregano to make a type of herbal tea to settle the stomach. They also sprinkle it around the house to keep ants away. Yes these are home remedies that have actually been confirmed by research.

Greeks typically sprinkle meat with oregano and lemon, they can’t imagine eating meat without these 2 condiments. And while they definitely make a beef patty tastier, they also have another function: Oregano may block carcinogenic compounds known as heterocyclic amines (HCA) from forming during cooking, while lemon is rich in potent antioxidants and vitamin C increasing the absorption of iron from the meat.

MY NEW COOKBOOK & MEDITERRANEAN GUIDE IS OUT! GET YOUR COPY!