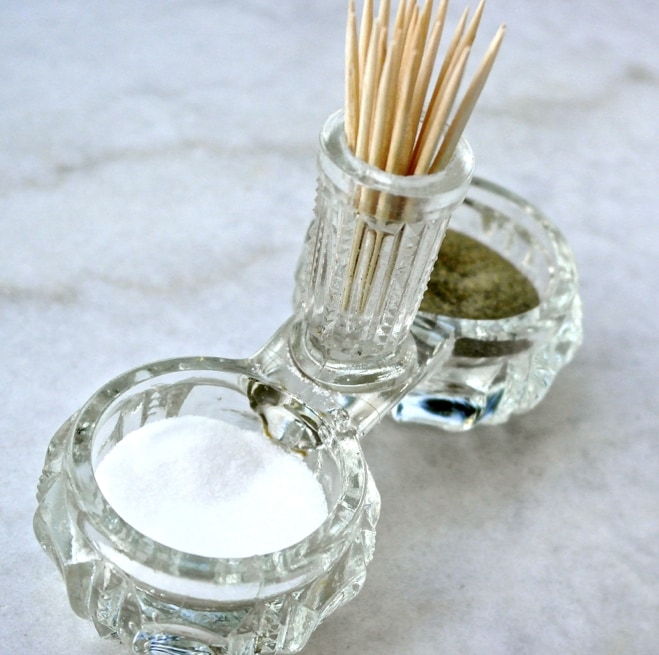 For many people particularly those with high blood pressure (hypertension), salt is a sensitive issue. The component of salt we worry about is sodium which makes up 40% of salt, the other 60% is Chloride. Now sodium is an essential nutrient for humans, we need it for many functions in our body. Most of us already consume more sodium than needed. Where does that sodium come from? Well according to data from the Center for Disease Control and Prevention (U.S.)  77% of the sodium we consume comes from processed and restaurant foods. The top ten list is as follows:

Is the Mediterranean diet OK for someone watching their salt/sodium intake?

Well research has found that the Mediterranean diet can provide blood pressure control, even though it does contain some salty foods. The researchers believe that this has to do not only with high intake of fruit and vegetables but also with the high intake of olive oil.  Now you may have heard of the DASH diet (Dietary Approaches to Stop Hypertension), this diet was invented by the US National Heart, Lung, and Blood Institute. It is a healthy diet that really is an Americanized version of the Mediterranean diet with less olive oil (almost none originally) and more dairy and meat. However, it does not appear to be more effective than the Mediterranean diet nor does it have the amount of research that the Mediterranean diet has in regard to protection from various chronic disease other than high blood pressure. In fact a recent review found that a Mediterranean style diet probably protects the heart more effectively than a low fat diet.

How to control your salt intake

Having said that, how does one control their sodium intake? The very first step would be to reduce and if possible eliminate processed foods. Some that are common are processed breakfast cereals, cereal bars, crackers, chips, cured meats, cookies, cakes, pies etc. Generally, the issue is not to cut out these foods completely, sure you can have some bacon here and there, but not to have them be part of your daily routine.

Now it has to be said that the Mediterranean diet is a moderate sodium diet. Many of the foods such as the olives, the cheese (feta), some of the dips like taramosalata are pretty salty. However, not all these foods were consumed in large amounts or everyday and most importantly there were no processed foods in this diet, just the salt added in the recipes and this pattern of diet was associated with reduced blood pressure.

Today though, realistically it is not possible to avoid processed foods completely, bread for example is an important part of the Mediterranean diet and most of us probably do not make our own bread so we buy it, we also will eat out and so we will be consuming more salt than the average Greeks did in the 60’s. With that in mind, we can be a bit careful with certain foods such as olives, you only need 3-4 not 10, feta cheese tastes great but you can also use other cheese in its place, for example the fresh mitzithra (very common in Crete) has ¼ of the sodium than other cheeses (an alternative would be ricotta), also let’s not forget all the herbs and spices that are used eliminating the need for a lot of salt.

A note about the photo
This is a vintage salt and pepper glass cellar. If you spent time in Greece years ago, you probably remember these. My grandmothers had these on their table and so people would add a pinch of salt or pepper using their fingers. It may not seem hygienic to you now, but this was something used at family tables and I find that when you add salt with your fingers you have much more control of the amount you are adding rather than with a salt shaker. I actually found this salt, pepper and toothpick container in the garbage and am so glad I saved it. 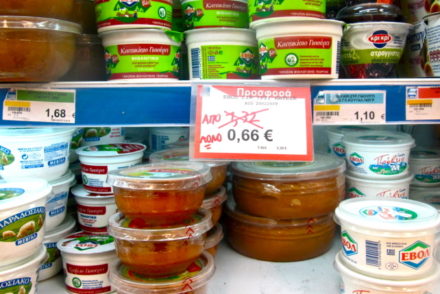 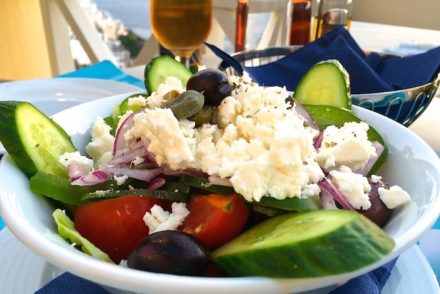