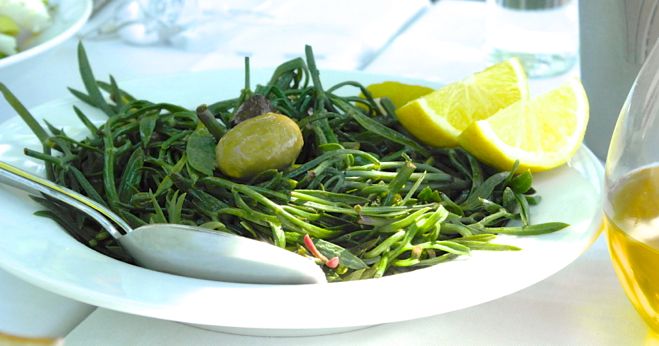 The Mediterranean diet has become the “it” diet. While it has been gaining popularity since the 1990’s when the Mediterranean diet Pyramid was presented by Harvard and the World Health Organization researchers along with other experts, today its popularity has reached new heights. Ever since the New York Times presented a recent Spanish study showing that the diet may be better for the heart than a low fat diet, the media has gone crazy. Numerous e-books on the diet literally appeared overnight, articles on the diet were everywhere, Mediterranean style recipes are popping up on all the food websites and blogs, and basically everybody not only has an opinion on the diet but they also feel that they can dispense advice on a diet that they may have never experienced themselves.

*Update: US News ranked the Mediterranean Diet as #1 diet for 2018

So here are the 5 biggest misconceptions going around:

1. There is no single Mediterranean diet.

2. Olive Oil should be drizzled on salads

Many articles advise you to drizzle a bit of olive oil on your salads or over cooked vegetables. There was a lot of discussion about the amount of olive oil used in that Spanish study: 4 tablespoons, and some thought that was way too much. Well, I have got news for you: You know that Cretan diet we were talking about earlier? Well in some cases their fat intake made 45% of the total calories of the diet. If you looked at Greeks cooking traditional vegetable recipes, you see them pouring the olive oil straight from the bottle. In Greek cuisine there is even a whole category of dishes named “lathera” which means “cooked in oil”. For a good lathero the rule was that you should actually see the olive oil among the vegetables after they are cooked. The meal as a whole had a moderate caloric value, because all you ate were vegetables cooked in olive oil, with some bread and cheese, so you did not see weight gain with that sort of meal. We have to remember that these people had to support themselves with what they produced and that was olive oil, vegetables and dairy. Vegetables and olive oil were used as a means to provide satiety, since they could not afford meat. So when reading all that advice, it makes me wonder if these experts really know what a Mediterranean diet is, if they did, they wouldn’t be telling people to add one teaspoon of olive oil to their food.

3. Nuts are a big part of the diet

Everywhere you read about the prominence of nuts in the Mediterranean diet. Well, they aren’t so prominent as it is suggested. Greeks would have walnuts at home when they were in season. Nuts, mainly almonds and walnuts were used mainly in sweets, and in some sauces such as skordalia (garlic sauce) but they were not a daily habit. Georgia Petraki, a Cretan Nutritionist who specializes in the traditional Cretan diet, tells me that the consumption of nuts in Crete at that time was seasonal and nuts generally were not available in large amounts. Each family may have had an almond tree, and when it was almond season the family ate some and the rest were saved as they were considered precious and served only to guests. So yes, nuts have a high nutritional value, but they are to be consumed 2-3 times a week, not every day.

Many people associate the Mediterranean diet with pasta and are worried it will make them fat. While there is a good amount of starches in the diet, it’s not huge bowls of pasta but a variety of grains such as barley rusks, whole wheat bread as well as potatoes, polenta, rice and of course pasta. In fact the traditional Greek diet is only 40% carbs. So pasta can be a part of the diet, depending on the area. But it is usually an accompaniment and not drowned in butter and cream based sauces. Enjoy your pasta, but make sure it’s made with an olive oil or tomato based sauce, accompanied by plenty of vegetables.

In the articles I’ve written in the past I make it clear that when I talk about a Greek-Mediterranean diet, I am referring to the traditional Greek diet. Unfortunately many Mediterraneans do not follow their famous traditional diet any more. No, we don’t sit around having long lunches with family and friends every day, nor do we eat meat once a month. More and more Greeks are eating fast food meals at their desk accompanied by a Coke. More and more Greeks are eating meat everyday rather then a lathero dish. And more and more Greeks (and Italians, and Spaniards) are becoming obese. You might think: “it’s all that olive oil they pour on their food”. I wish it were all that olive oil, I wish Greeks would use only olive oil. But the fact of the matter is that it’s exactly the opposite: Greeks slowly have stopped eating their traditional food, which happens to be one of the healthiest in the world. Processed foods have become prominent in the average diet of the modern Greek. 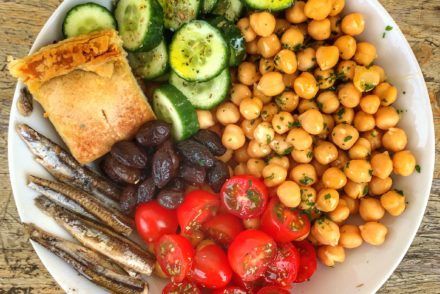 7 Surprising Things You Should Know Before Starting a Mediterranean Diet 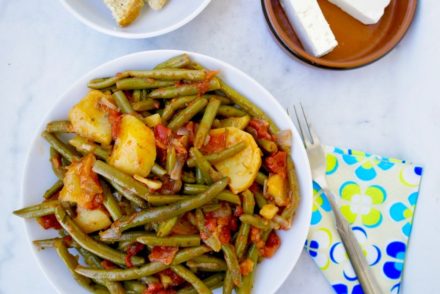 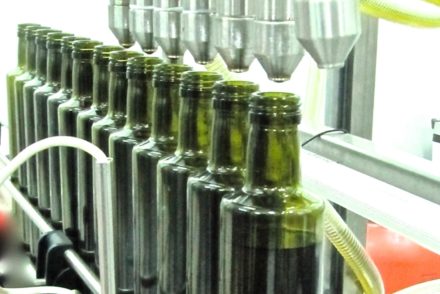