Why is this U.S. News review and ranking inaccurate?

First of all the Mediterranean diet is not really a diet but a way of eating that has been tried and tested and has been followed for many years by real people. Therefore you can’t really compare it with “man-made” diets such as the DASH or TLC diet. It’s a diet with real food and therefore comparing it with diet programs like Jenny Craig that consist of prepackaged meals and announcing them as easier to follow is inaccurate and misleading. What message does this send to the public? Basically if you want to eat healthier buy prepackaged foods? Unfortunately this method does not teach you lifelong good nutrition habits.

It was noted that the Mediterranean diet is moderately expensive and provided tips such as: “Can’t spring for the $50 bottle of wine? Grab one for $15 instead. And snag whatever veggies are on sale that day, rather than the $3-a-piece artichokes.” The is completely inaccurate. First of all we need to clarify that the Mediterranean Diet Pyramid developed by Harvard and the World Health Organization was based on the diet people were following on the Greek island of Crete, the rest of Greece and southern Italy in the 1960’s. These people were poor which is probably one of the reasons their diet was healthy: they ate mostly plant foods. Contrary to what is implied, the Mediterranean diet is not about drinking copious amounts of expensive wine and feasting on expensive non-local fish such as salmon. They did not spend 50$ on wine (or 5$ for that matter), and they ate artichokes only when they were in season. They usually drank the cheap retsina wine, or their own homemade wine or tsipouro a strong distilled spirit, and ate only fruits and vegetables that were in season and local (most likely from their garden or their neighbor’s garden or from their village). The “experts” in the article failed to mention that one of the main sources of protein were beans such as lentils, which we all know are pretty cheap, and what about the fact that they hardly ate meat? Isn’t that a money saver?

As for the fish that are being blamed for the expense of the diet, Greeks and Italians were not eating salmon because you cannot even find it in those areas; they were eating cheap fish such as sardines and anchovies. So when I saw salmon on the sample menu, understandably I was surprised, since salmon doesn’t exist in the traditional – original Mediterranean diet.

The only ingredient that may be a bit more expensive is the olive oil. Ideally if you can afford it, use extra virgin for everything: cooking and salads, if not use regular olive oil (non-extra virgin) for cooking and extra virgin to be used raw.

Is it difficult to follow? No. And we’ll show you how. We’ll be talking about easy and cheap ways to make your diet more Mediterranean in future posts. 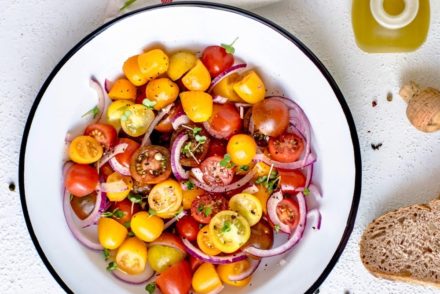 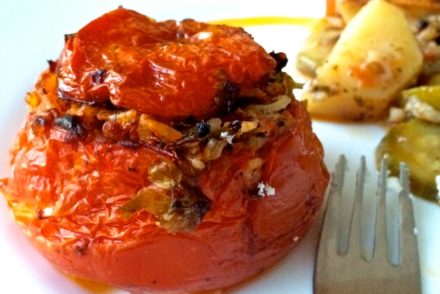 Live a little longer with the Mediterranean diet