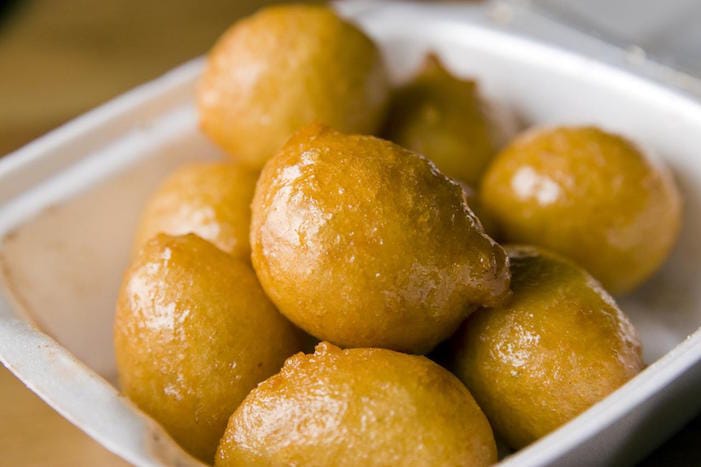 Continuing with the Ancient Greek theme, I came across several recipes while reading all these books about the food of the ancients Greeks, that looked quite familiar. When you look at these recipes, you would never think that they were “ancient”. In fact, they look very similar to recipes Greeks and others make today. So here are 3 Ancient Greek recipes (as described in the book The Classical Cookbook) that use ingredients that you probably have in your kitchen at this very moment, so try them out, they are for the most part healthy and easy.

Boil on low heat 1 cup of dry lentils over low heat with enough water to cover them and 1 inch above. Add the leeks and the fresh coriander (cilantro). In a small bowl mix the mint, dry coriander and the black pepper, add to the soup. Let it simmer until the lentils are soft, add vinegar and olive oil to taste

Similar to today’s: Greek Style lentil soup made with garlic, onion and tomato: click here for the recipe.

The ancient recipe: Pancakes with Honey and Sesame Seeds

Mix the flour, water and 1 tbsp honey to form the batter. Heat some olive oil in a pan and add ¼ of the batter to the pan. When the mixture thickens, turn it 2 or 3 times until it is golden on both sides. Make 3 more pancakes with the rest of the batter.  Serve with honey and sprinkle sesame seeds.

Similar to today’s: Loukoumades, a Greek doughnut fried in olive oil and drenched in honey.

Preheat the oven at 350 F. Mix all the nuts except the sesame seeds and bake them for a few minutes in the oven. Do the same for the sesame seeds and then let them cool down. In a small pot let 3 tablespoons of honey simmer for about 7 minutes, add the sesame seeds, mix well. Let it cool enough so that you can handle it, pour it on an oily surface and knead into a ball. Separate it into 2 pieces,  roll 1 piece out with a rolling pin into a thin sheet that will fit in a shallow pan. Place the sheet on the bottom of the pan. Put all the nuts with the pepper in a blender or mixer and mix well for about 1 to 2 minutes. Boil the rest of the honey for 7 minutes and then add all the nuts and mix well. While it is still hot pour the nut and honey mixture in the pan on top of the sesame layer. Spread evenly. Roll the other piece of sesame seed dough into a sheet and cover the nut mixture. Let it cool off for 1 hour and then cut it small pieces. 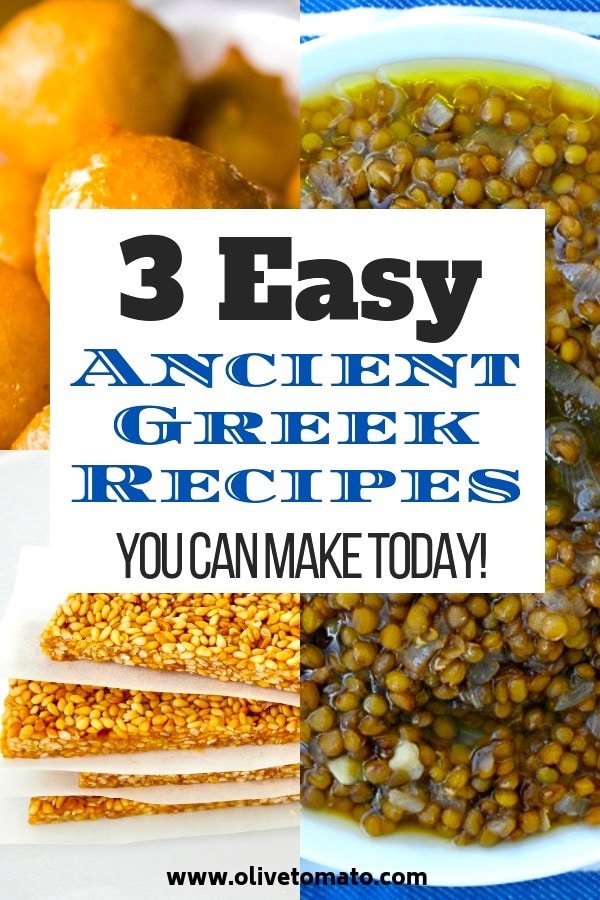 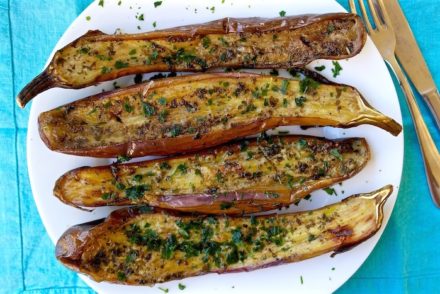 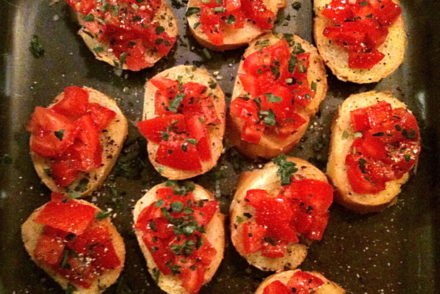 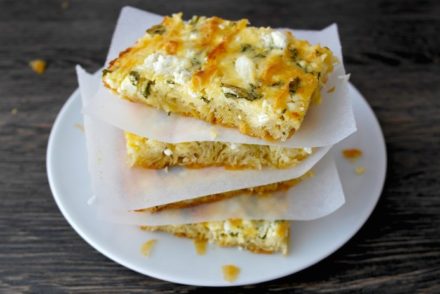