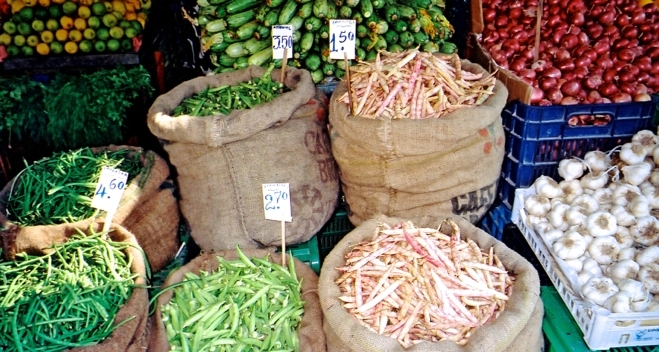 So while the financial crisis may be making people turn to junk food, it’s not because junk food is cheaper than typical Mediterranean food, but because these populations think that it is cheaper.

How Much does a Mediterranean meal cost?
Let’s take a look at this in detail. First, we need to think about what we mean by the term Mediterranean diet. It does not consist of expensive red wine, fancy, costly, fish and exotic vegetables, but rather simple in season (cheap) food: 3-4 times a week a vegetable main course, 2 times a week beans, 1-2 times a week chicken or fish. The main meal is supplemented with bread and cheese and olive oil. For snacks and breakfast bread, fruit, cheese, olives, yogurt (sometimes milk), rusks are the main components.

Mediterranean Meal #1
So let’s for example, take a typical Greek winter vegetable meal: cauliflower and potatoes cooked with olive oil and tomato paste, accompanied with feta cheese and bread. I list the ingredients with their cost:

This meal can feed generously a family of 4

Mediterranean Meal #2
Or let’s compare with fish. Now remember we are talking about the real Greek-Mediterranean diet. Greeks did not eat expensive fish such as salmon, but small cheap fish such as sardines and anchovies. So here is an example of a meal with anchovies that I actually made a few days ago and will be sharing soon. Oven roasted anchovies with garlic, olive oil, onions and tomato accompanied with a Greek Potato salad

Note the prices I am using are on the higher end. If someone were to shop at the open market, they would find even cheaper prices.

Junk Food Meals
Let’s see what it would cost the if they were to eat fast food:

1 Hamburger and fries for about 4.50 each

2 Souvlaki with pita bread per person

So by comparing some typical choices we can see that a traditional Greek-Mediterranean diet is not so unaffordable as it is claimed and it is definitely not more expensive than junk food, but actually cheaper.

Misinformation even among the educated
As I have mentioned in an older post, many Greeks are nutritionally confused. The food industry has become a major trustworthy source of nutrition information. Having said that, it is no wonder that people think they need special cereal bars for breakfast instead of bread and cheese or a few fruits (a banana and a couple of mandarins only cost 50 cents). It is a fact that processed food does cost more than fresh, but yet time and time again I see people of all education levels thinking that processed fortified food products are better for them and their kids.

Recently I noticed a non-profit organization asking for food for children: among their list of needed food items were croissants (they have packaged ones here in Greece with a long shelf life and an even longer list of ingredients) and cookies. These products are not only nutritionally empty but also more expensive. Why not some whole grain rusks, dried fruit and nuts, which also have a long shelf life? It is therefore not a matter of money in the direct sense but a matter of education and correct information. It is a myth that fast food, junk food and and packaged ready-to eat food is cheaper than a mostly vegetarian traditional Mediterranean diet.

The public, and particularly low income households need to be helped and educated. They need to be shown by culinary and nutrition professionals that a traditional Mediterranean diet is not only the healthiest choice but also the most affordable one. They need some easy and quick recipes that do not require fancy ingredients and special skills.

Making simplistic conclusions about the Mediterranean diet being no longer affordable or too expensive is just incorrect. The Mediterranean diet has been under threat for over 20 years now, way before the financial crisis. Let’s look at the real reasons and find real solutions. 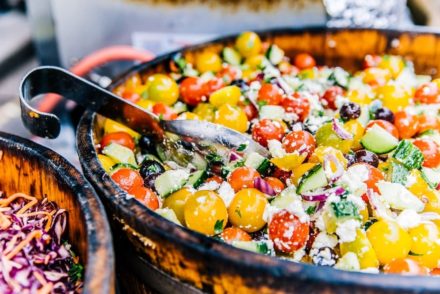 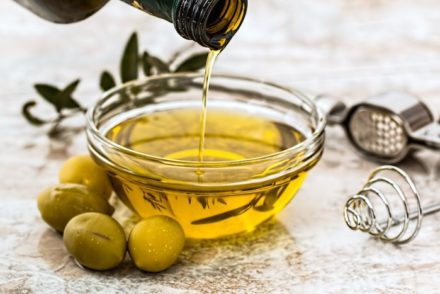