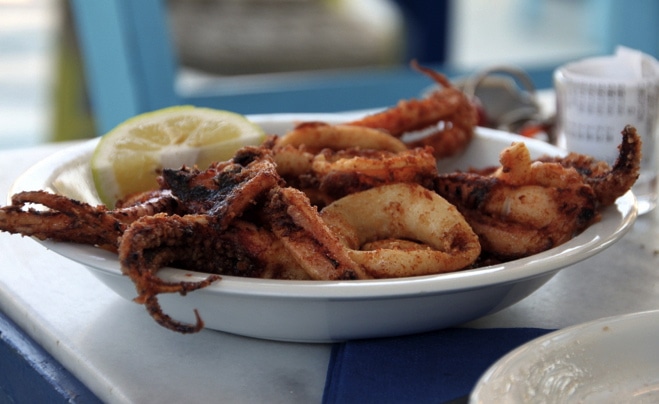 And yes this is one of the reasons I love the Mediterranean diet: I can eat fried foods and not worry about destroying my health. Well not exactly like that but sort of. A Spanish study that was just published in the British Medical Journal concluded, based on information gathered from over 40000 Spaniards, that there was no association between eating fried food and coronary heart disease.

OK…Before you run out to get french fries, I need to explain a bit about the details. Yes it’s all in the details, the people in this study were using mostly olive oil to fry their food and this olive oil was not reused, in other words they did not fry with same oil over and over again. They also followed a Mediterranean diet, which means that they ate a lot of fruits and vegetables, not much meat or processed foods. So a Mediterranean diet plus using olive oil for frying (that hasn’t been reused many times) appears to protect us somewhat from the negative aspect of fried foods.

This concept of reused olive oil is very important to the Greek. “New” olive oil is almost as important as the food; when they go out to a taverna, one of their criteria is if the oil used is new, if word gets around that a restaurant uses “bad” or “old” oil, the place will pretty much go out of business.

Frying and the Mediterranean Diet

Fried food does play a role in the traditional Greek diet, but not that much. The most common foods that were fried were fish, meatballs (keftedakia), potatoes (patates tiyanites), eggs, shellfish, and the occasional fried zucchini or eggplant as an appetizer. But again with the exception of fish all those other foods were not consumed all that often. Frying food was considered in a sense a waste, because they had to throw away all that leftover olive oil instead of consuming it, as was done with the casserole dishes.

Apart from the fact that this study perhaps shows that the effect of fried food on our health depends on the rest of our diet, it also dispels the fear of frying with olive oil. Not only is it OK to fry with olive oil, which according to researchers is less prone to degradation, olive oil is the best choice for frying. 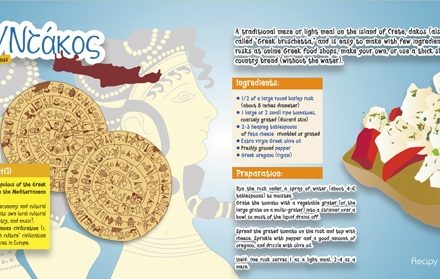