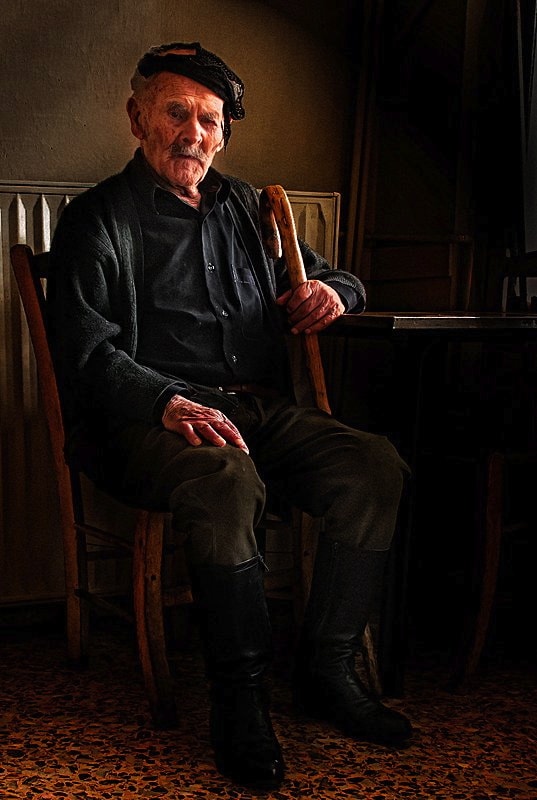 So February is National Heart Month in the U.S. and the U.K. as a way to increase awareness of heart disease.  As the Mediterranean diet is known for its heart protecting qualities I could not let the month pass by without dedicating a post about it.

Now why do I have a photo of a very old (over 100) Cretan man? Well, we know that in the past that Greeks and particularly Cretans had one of the lowest rates of heart disease worldwide. One of the reasons being the diet. But what diet? You may say “the Mediterranean diet”, but what we are really talking about is the Greek diet and more specifically the Cretan diet. The Cretan diet  (and the Greek generally) of the 50’s and 60’s was in essence the basis of the Mediterranean diet. The description of the Mediterranean diet today has been altered a bit compared to the original. In a great article by Registered Dietitian Rita Carey (she is not Greek, so no bias there) she says, “The term Mediterranean diet is rather misleading. The diet recommendations with this regional characterization are actually based, in large part, on an epidemiological study of men living in rural Crete in the 1950s.“ I couldn’t say it better myself.

So when we talk about it the heart protective effects of this diet we are talking about that diet; The Cretan diet. Let’s see how researcher Dr. Henry Blackburn past director of the Division of Epidemiology, University of Minnesota who was part of the well known Seven Countries study, described the Cretan man back then.

The “real low-coronary-risk male,” who we have documented to live on the Isle of Crete:

He is a shepherd or small farmer, a beekeeper or fisherman, or a tender of olives or vines.

He walks to work daily and labors in the soft light of his Greek isle, midst the droning of crickets and the bray of distant donkeys, in the peace of his land.

At the end of his morning’s work, he rests and socializes with cohorts at the local cafe under a grape trellis, celebrating the day with a cool glass of lemonade and a single, hand-rolled, hand-cured cigarette of long-leafed Macedonian tobacco.

He continues the siesta with a meal and nap at home, and returns refreshed to complete the day’s work.

His midday, main meal is of eggplant, with large livery mushrooms, crisp vegetables and country bread dipped in the nectar that is golden Cretan olive oil.

Once a week there is a bit of lamb, naturally spiced from grazing in thyme-filled pastures.

Once a week there is chicken.

Twice a week there is fish fresh from the sea.

Other meals are hot dishes of legumes seasoned with meats and condiments.

The main dish is followed by a tangy salad, then by dates, Turkish sweets, nuts or succulent fresh fruits. A sharp local wine completes this varied and savory cuisine…

….This man of Crete gazes peacefully on a severe but harmonious landscape. He is secure in his niche in a long history from the Minoans and before, a human in the long line of humanity.

He relishes the natural rhythmic cycles and contrasts of his culture: work and rest, solitude and socialization, seriousness and laughter, routine and revelry.

In his elder years, he sits in the slanting bronze light of the Greek sun, enveloped in a rich lavender aura from the Aegean sea and sky.

He is handsome, rugged, kindly – and virile.

His is the lowest heart-attack risk, the lowest death rate, and the greatest life expectancy in the Western world.

Finally, though healthy, he is prepared to die.

This, then, is a portrait of the man truly most free of coronary risk of all men on earth.

How to Make the Cretan Diet Your Own

Can we all be farmers or bee keepers-or even want to? Probably not. Yes this is an idyllic life for some and maybe not for others. But let’s take a closer look at the diet, which makes this man have the lowest risk of heart disease in the world and how it translates into today’s lifestyle:

Cretan Man Diet: “His midday, main meal is of eggplant, with large livery mushrooms, crisp vegetables and country bread dipped in the nectar that is golden Cretan olive oil.”
Translation: Eat your largest meal as early in the day . We have discussed  research that shows the importance  of timing. Most of your meals should be vegetable based. Cooked seasonal vegetables with olive oil and/or tomato, accompanied by some cheese and bread. Check out these recipes.

Cretan Man Diet: “Twice a week there is fish fresh from the sea.”
Translation: It is pretty straightforward. Fish 2 times a week. Most likely the fish was the small fatty fish such as sardines or anchovies. Sometimes the fish was lightly fried in olive oil accompanied by greens, other times it is consumed in a soup along with vegetables and many times grilled. If you are unable to get fresh fish canned sardines or anchovies can make a good choice, just make sure they are canned in olive oil.

Cretan Man Diet: “Once a week there is chicken.”
Translation: Pretty straightforward. But the chickens back then were free-range etc etc. Try to look free-range. Chicken was usually consumed kokkinisto (cooked in tomato and olive oil) accompanied with vegetables or roasted with potatoes in lemon.

Cretan Man Diet: “Once a week there is a bit of lamb, naturally spiced from grazing in thyme-filled pastures”
Translation: The keyword here is -a bit-, again look for organic, grass-fed red meat of your choice and eat a small amount, it should act as a side dish, not a main course.

Cretan Man Diet: “Other meals are hot dishes of legumes seasoned with meats and condiments.”
Translation: Eat twice a week for a main meal legumes such as lentils or broad beans cooked with olive oil and tomato. You may accompany them with a small piece of meat or fish and of course cheese

Cretan Man Diet: “The main dish is followed by a tangy salad, then by dates, Turkish sweets, nuts or succulent fresh fruits.”
Translation: Have a bit of dry or fresh fruit or nuts after your meal. Turkish sweets known as “loukoumia” are small gelatinous non-fat sweets.

Apart from what Blackburn describes, it is important to note that Cretans eat (and still do) a large amount of wild greens which not only are a source of antioxidants but also omega-3 fatty acids.

So there you have it: The true heart healthy diet -The Cretan Diet

Now more then ever we all need to try to eat this way. Sadly, I say this as Greeks and other Mediterraneans have some of the highest rates of obesity.

You can read more about the diet from Cretan nutritionists here and here. 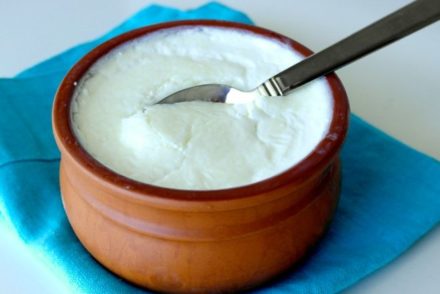 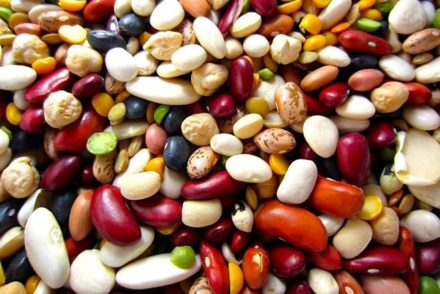 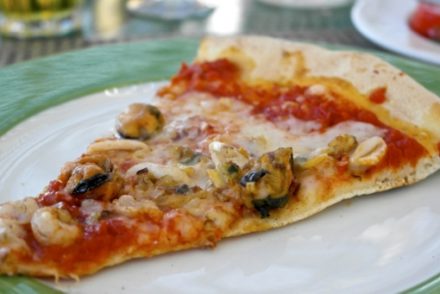