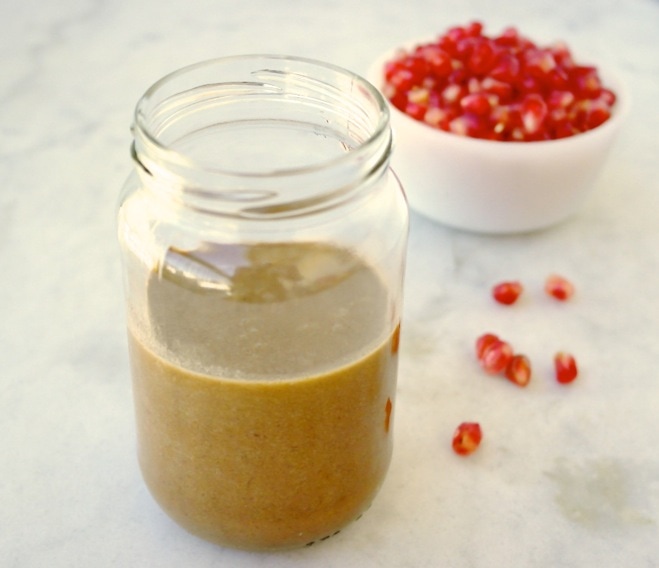 Pomegranates have a special place in Greek culture, they represent good luck, fertility and prosperity. For the New Year it is very common to bring (and receive) a gift of a silver pomegranate for good luck throughout the year. At weddings it is common to smash and break a pomegranate so that the marriage is fertile. Curiously enough, the pomegranate is also associated with death as it is supposed to symbolize re-birth after death. Ok…

But apart from these charming traditions the pomegranate is delicious and nutritious. The crunchy juicy seeds (also known as arils) burst in your mouth. 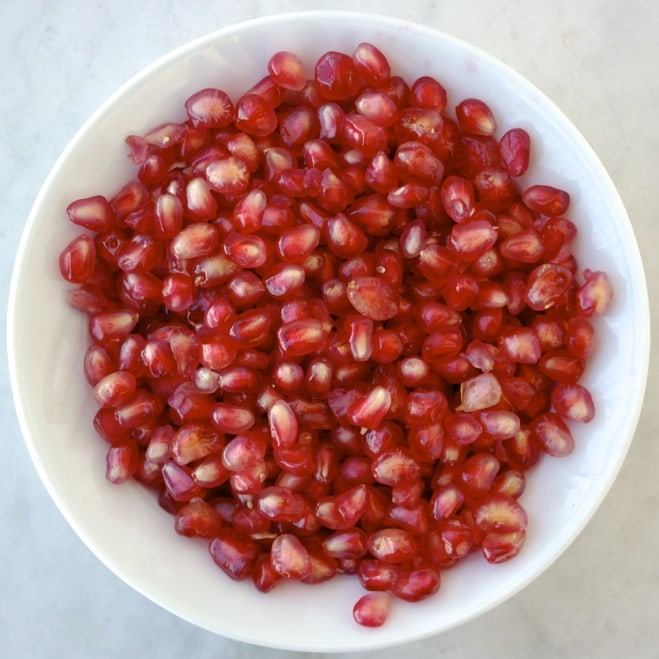 In Greece, even though the pomegranate has strong symbolic meaning, it was not really used in the kitchen. It is used to make koliva , which is boiled wheat mixed with raisins, a variety of nuts and sometimes pomegranate seeds and it is served at funerals (yeah that death thing) and memorials. But other than some very local recipes, pomegranate is not very present in Greek recipes. However, it was eaten fresh. My mother remembers as a child cutting pomegranates and sucking the juice.

Little did they know that the  juice is considered a superfood. While I don’t believe in super-foods, pomegranates and their juice are an excellent source of antioxidants and their health benefits are being studied extensively. 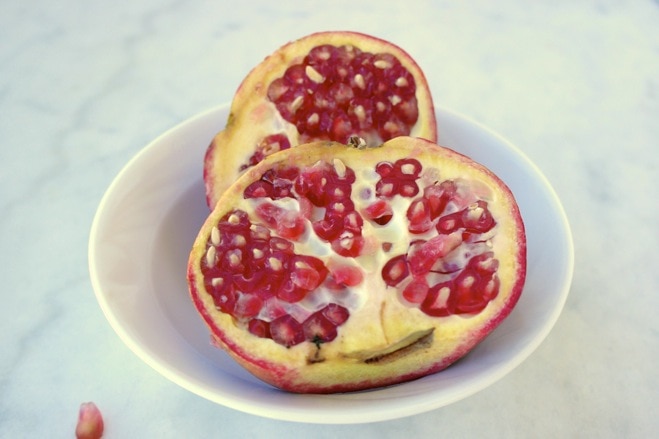 I did not grow up eating pomegranate, but discovered it in my diet later as an adult. They say it is time consuming to remove the seeds, honestly it only takes a couple of minutes. I basically cut them in quarters and bend them and the seeds pop out. Remove the white parts and you’re set. I’ll eat some seeds as is or add them to a smoothie for the kids or in a salad. And now in a salad dressing.

DIRECTIONS
1. Mix all ingredients in a food processor until smooth 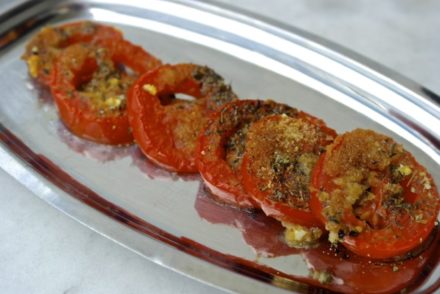 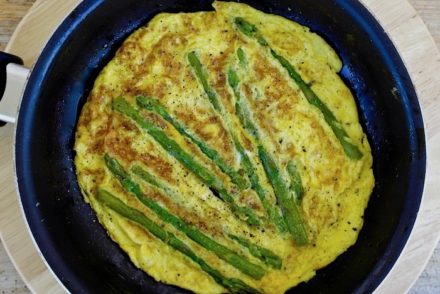 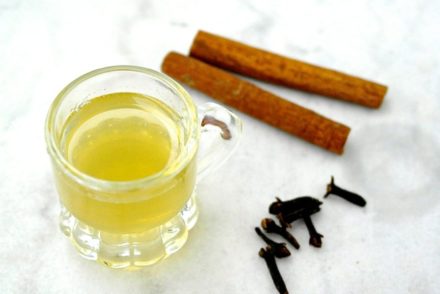