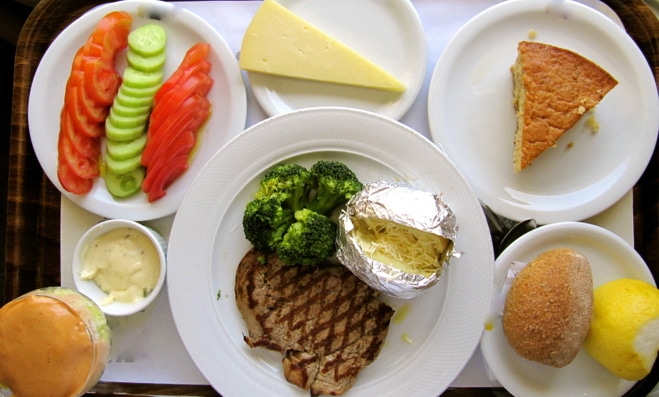 An example of a non-mediterranean diet at a Greek hospital

When you think of hospital food, what comes to mind? Bland meat, boiled vegetables and jello. Can you imagine patients in hospitals being served Mediterranean food? Beans cooked with olive oil, plenty of fresh vegetables in tomato sauce and herbs, frittatas, Greek yogurt and other tasty foods? This is a trend that is appearing in more and more North American hospitals but not so much in the Mediterranean as would be expected.

A fellow dietitian informed me that in the Midwestern (U.S.) medical center she works at, Cretan olive oil is used. Upon hearing that I felt so proud and then I also felt not so proud… You see, here in Greece, the birthplace of the Mediterranean diet, they do not serve the traditional Greek Mediterranean diet in hospitals.

Outdated Diet Mentalities
There still exists the mentality that “sick” people e.g. those with heart disease, diabetes need to eat a bland diet without any fat including olive oil.  Even though multiple studies have shown that the Mediterranean diet is an ideal diet for heart disease and other diseases, it is not served to patients and for the most part doctors do not promote this diet to their patients either. Patients are always told what to avoid rather than what to add. Science has shown us time and time again that adding certain foods and combination of foods such as olive oil, tomato, beans, herbs, garlic, fish etc. has a protective effect.

Recently a family member was hospitalized… in one of the top cardiac surgery medical centers in Greece. The food consisted of boiled chicken, boiled carrots and boiled broccoli. There was no olive oil, no vegetable casseroles cooked in tomato, no beans, no whole grains, none of the ingredients that have been proven to be beneficial for the heart. I can tell you that clinically there was no need for such a restrictive (and boring) diet. One would think that in Greece, of all places, the Mediterranean diet would be easily accepted as a diet in clinical settings, but it is not.

But even when there are no restrictions to a diet such as that in maternity hospitals, the food served is not Mediterranean. A good example is the food I was served when I gave birth last year in the biggest maternity hospital in Greece. As you can see from the photo I took at the time, the food was not Greek or Mediterranean, quite the opposite: steak with bearnaise sauce, baked potato, shrimp with mayonnaise based sauce, hardly a Mediterranean type meal.

Here too exists this post-war mentality that good food is “rich” food; meat, white bread etc. and not the humble food of the traditional Greek diet. Just because I just had a baby doesn’t mean I want to eat tons of meat and animal protein and white cream based heavy sauces.

Where are the dietitians?
Unfortunately many hospitals do not have dietitians on staff and if they do, many times they are not involved in the choice of food for the patients. Dietitians here are aware of the this issue. This is an example of the general problem that exists in Greece; sadly the Greek traditional diet is still not considered good enough for the Greeks, hopefully this will soon change. 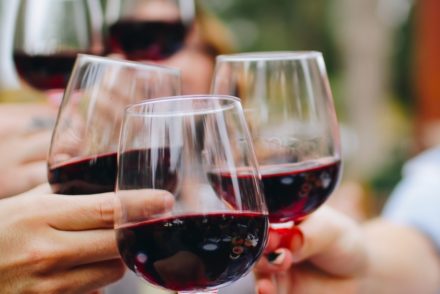 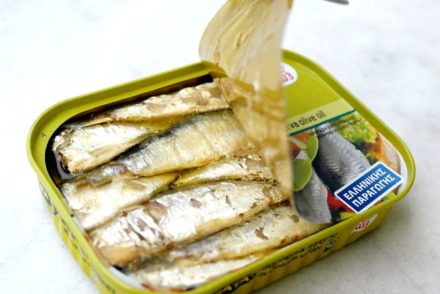 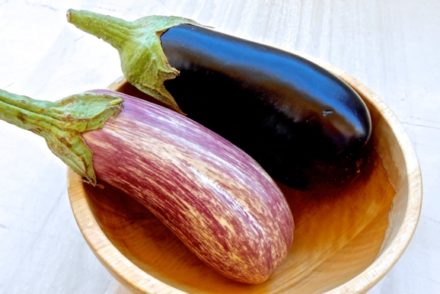