Once again the Mediterranean Diet is in the spotlight. Researchers from U.S. and Greek universities found that adherence to the Mediterranean diet was associated with less brain shrinkage which is the equivalent of 5 years of aging.

Now that is quite a finding, of course the researchers mention that this may be merely an association and that it does not prove conclusively that the Mediterranean diet prevents brain shrinkage.

However…let’s be honest here, the Mediterranean diet has had so many studies that show its benefits for other health issues such as heart disease and diabetes that by following it you would improving your health in other areas anyway.

But lets see some important aspects of the study

The subjects of study lived in New York City part of a multiethnic group of people who were Medicare beneficiaries. In other words, they were not necessarily “Mediterranean” nor were they living in a Mediterranean country. This shows that you can follow a Mediterranean diet from any part of world.

The researchers mention that eating at least five of the recommended Mediterranean diet components has an association comparable to five years of aging. The Mediterranean components mentioned are:

In other words eating plenty of vegetables and fruit, beans, olive oil and fish may help with aging process. In addition they found that the least brain shrinkage was found with eating more fish and eating less meat.

If you are having trouble achieving this check out these posts for easy tips and tricks: 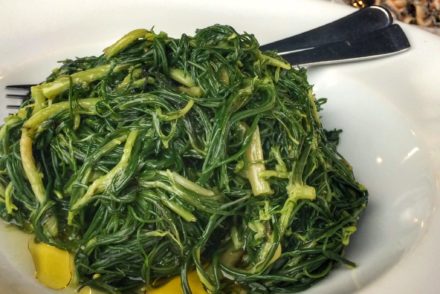