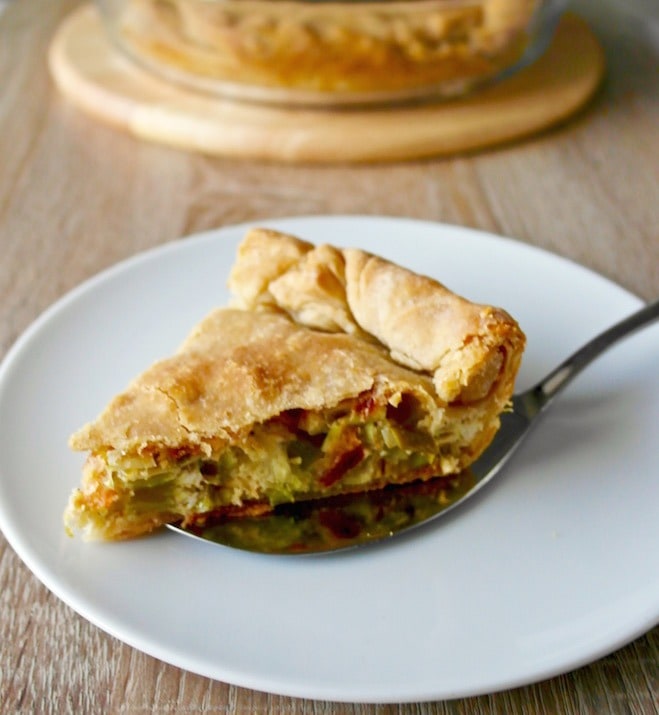 Leek is a vegetable very much liked in Greek cuisine. In the winter we cook it along with rice to make prasorizo, a casserole type dish belonging to the category of lathera. But leek really shines in a pita known as prasopita. Pites or pies are a common snack here in Greece (although they make a fine main course too), and you basically find pites in all the bakeries. Although spanakopita and tiropita are the most common, prasopita is also comparably popular. The sweetness of the leek along with the feta is a perfect combination and a nice break from the typical spinach pie.

Leek belongs to the allium family along with onion and garlic. Although it smells a bit like onion when you are chopping it raw, it sweetens when cooked. Leeks are rich in nutrients, particularly beta-carotene, folate and vitamin K. They are a good source of fiber and protein and of course a variety of protective antioxidants.

For this particular pie we add eggs as well as cheese, but there is a vegan version which is very often consumed during fasting periods and is similar in preparation with the exception that it does not contain dairy or eggs.

I find leek pie is definitely better with the thick crust rather than the thin phyllo you find in the supermarket. This thicker type of phyllo is better for heartier pies and it is what most Greek home cooks used when they made pites. I remember my Grandmothers pies with great fondness, and the best part was her homemade phyllo; thick, tasty with a rich olive oil taste. For the dough you can follow my easy homemade phyllo recipe. Otherwise if you use the thin phyllo sheets, make sure you don’t overload it. 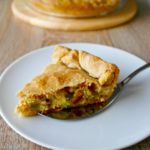 If you are using homemade phyllo, make the dough first. While it is resting (before rolling out) make the filling.
DID YOU MAKE THIS RECIPE? Leave a comment or share on instagram and mention @greekdiet 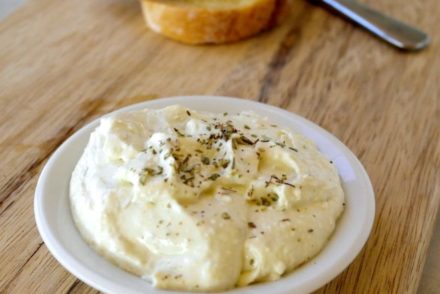