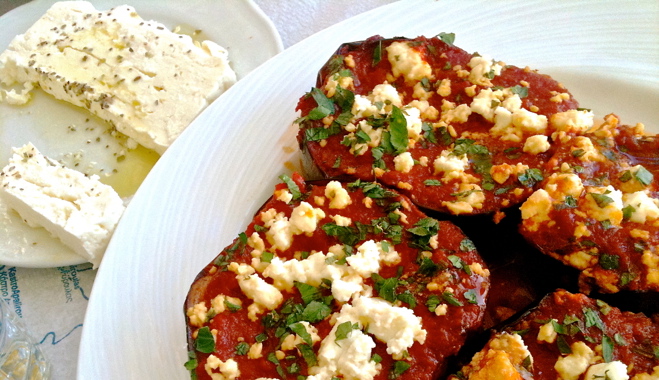 Are you really eating Greek food? Maybe not. According the Ethnic Food & Beverage Consumer Trend Report by research firm Technomic, 32 percent of American diners said that they thought of Greek food as healthy and rated it the fourth-healthiest cuisine. The only cuisines that ranked higher were sushi/Japanese, Chinese, and the larger Mediterranean category. Is this positive? Yes and no. On the one hand it is wonderful that diners consider Greek food healthy, on the other hand they consider it less healthy than Mediterranean? What’s that about? 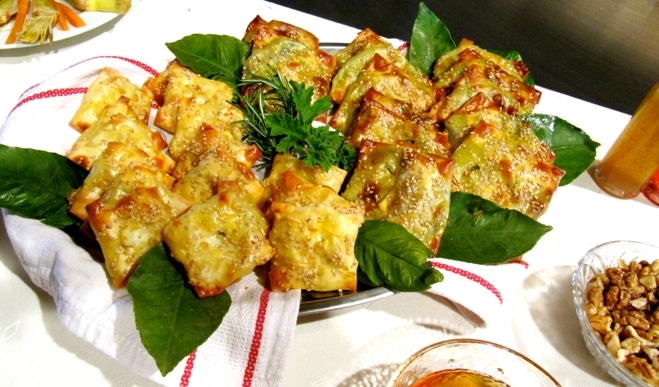 Westernized Greek Food?
Now the other issue is what do many people consider to be Greek food? Souvlaki, Gyros, Moussaka, Saganaki (fried-flaming cheese), Greek salad. Right? Doesn’t sound too healthy (with exception of the salad), and definitely doesn’t sound like it is following the Mediterranean diet principles. It isn’t.

Growing up in Chicago, I remember visiting Greek Town not only for dancing but also the Greek restaurants for lunch and dinner, and the food was mostly meat based (still is) while the flaming cheese was one of the most popular dishes, with the handsome Greek waiters shouting OPA and lighting the cheese on fire-which by the way is not done in Greece. Unfortunately that is what many people think that Greek food is and maybe that is why they don’t associate the Greek diet with the Mediterranean diet.

This current report also discuses this new type of Greek-fusion restaurant that combines Greek cuisine with more westernized food choices thus attracting more customers. But what I’m seeing according to this report is an abundance of meat and starch in the form of pitas and breads. In fact some of the most popular choices in these restaurants are gyros, chicken pita and chicken roll-ups; all sandwiches. So yes: good for business, but not good for your health.

Obviously a green bean casserole made in olive oil would not be a best seller in a fast food restaurant, but let us be clear: you will not be getting the benefits of the original Greek-Mediterranean diet by eating chicken pita sandwiches with tzatziki or fried cheese. Sorry, let’s not fool ourselves, that’s not what the Greeks in the 60’s who had one of the highest life expectancies were eating.

The good news is that there are some great Greek restaurants that offer healthy Greek dishes, traditional and with a modern twist, but even the fast Greek/Mediterranean food chains can be somewhat healthy if you choose the right items. In my next post I’ll be recommending choices that better reflect the Mediterranean diet when you are at a Greek restaurant. 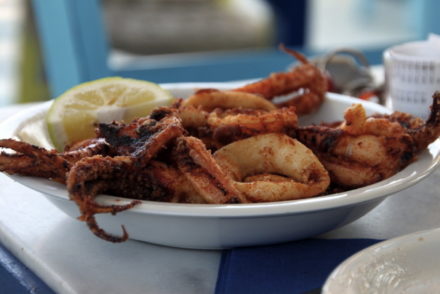 What to eat at your favorite Greek Restaurant